You are here: Home / Archives for movies 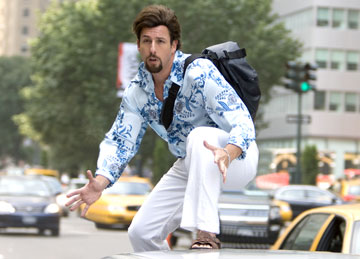 For those of you who haven’t seen the movie, I won’t spoil it for you but I will offer a small summary. Starring Matt Damon as the captain of the Springboks (the national rugby team of South Africa) and Morgan Freeman as Nelson Mandela (if you don’t know who he is then shame on you) the movie describes how the Springboks were lead to an improbably Rugby World Cup victory (this is history, you can look it up, I’m still not ruining the movie) just one year after South Africa became a democracy in 1994.

But like I said, its not a sports movie, its a South African movie.

One of our first posts to this blog after we arrived here in South Africa was about Apartheid and our initial impressions. Despite it being the Christmas season, we posted it anyway as it was something that was “in our face” and so we felt we should put it out there right away as such. We see its affects when we talk to whites who were passed up for jobs on account of the South African version of Affirmative Action (called Black Economic Empowerment) and when we meet blacks and coloreds who still hold deep hatred in their hearts for all things white.

Sure the ANC (Mandela’s political party) still holds power over the country but that doesn’t mean the average black has the same opportunities as the average white. When we see the nice cars, its the whites behind the wheel, and the blacks walking down the to clean a house or stand as a security guard. This is the division that still exists today and it is far from unique.

The movie Invictus shows us this disparity in a way only a movie can. At the start of the movie we see white boys at a prep school playing rugby while black boys in rags play soccer across the street, two worlds apart. At various points towards the end of the movie we see whites and blacks playing rugby together. This is the coming together that South Africa continues to grow from in a way that IS unique.

This is a movie about coming together as a people: Not red versus blue; not black versus white, not Jew versus Muslim, and not Montague versus Capulet. It is a story of what can be accomplished people who choose to work together rather than against one another.