You are here: Home / Archives for scuba

Living in South Florida I’m greeted almost every day with the sights of cruise ships docked and taking on passengers.  Some of these boats have space for over 5,000 passengers with thousands more spots reserved for crew.  While these huge cruise ships have their place among those that like a little relaxation and pampering on the high seas, I’m more intrigued by the smaller vessels that can take you smaller ports of call.  Here are a few (one from each continent!) that are high on my list:

We have been trying to arrange a trip up to Alaska for a few years now, but it remains elusive for one reason or another.  This year we almost made it but as luck would have it, we found something better to do instead (we had twins!).  Our plan was to cruise along the marine highway, using public transportation, to Whittier, Alaska.  From there we would visit the rest of the Kenai Peninsula before heading north to Anchorage, Fairbanks and Denali itself.  The best part of the cruise trip, from Juneau to Whittier was that with State of Alaska’s hop on hop off ferry system, allowing us to create our trip itinerary as we went along. 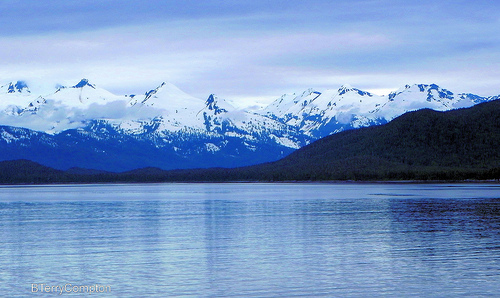 Most Amazon cruises move along the ‘busy’ part of the river between Manaus and the Atlantic Ocean.  The Amazon river itself though, has its headwaters in the Andes mountains.  That being the case I don’t see why you wouldn’t want to head to Iquitos, Peru, to start the trip.  You’ll have to fly into Iquitos as it holds the ubiquitous distinction of being the largest city in the world that cannot be reached by road. From there it is 3600 km to the Atlantic Ocean.  Just don’t forget the mosquito repellant and a hammock. 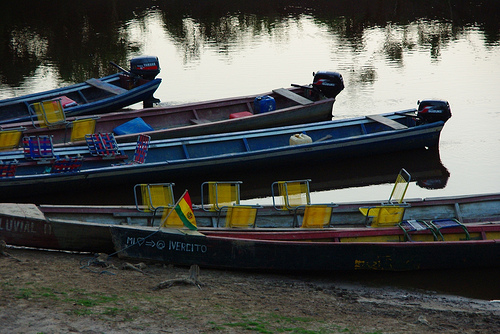 Although I’m not so sure many people are planning on taking a Nile Cruise in 2013 with all the mixed news coming out of Egypt, I’m sure that those who do go find exceptional value everywhere they go along the river.  One of Egypt’s chief exports is tourism and much of the industry is hurting.  The city of Luxor alone could keep the budding Egyptologist busy for weeks and given how inexpensive Egypt was when it was crowded, it is a downright bargain right now. 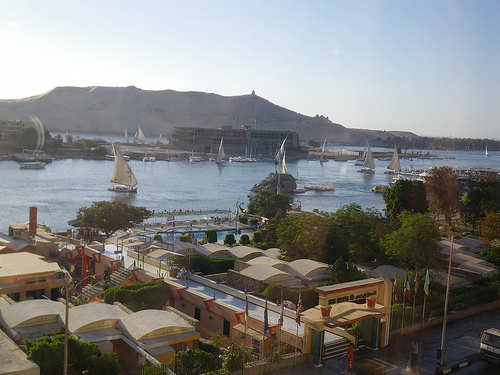 Europe – The History of the Danube

I’m not entirely sure what it is that makes me want to take a cruise along the Danube but I think it has something to do with the amount of history those waters have seen.  Vienna, Budapest and Bratislava are all cities I’ve seen and really enjoyed but it’s downriver—Croatia, Serbia, Romania and Bulgaria—that attracts my attention.  Of all the ideas listed here this is certainly the most expensive but it also represents the crossroads of Western Civilization. 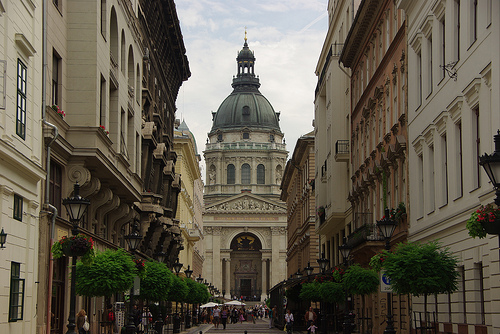 The problem with Asian rivers is that many are simply too dirty to enjoy.  Instead, I’d suggest doing a bit of Island hopping off the coasts of Thailand and Malaysia.  This is some of the best SCUBA diving in the world and the mainland has plenty of low priced creature comforts anytime you want to come ashore. 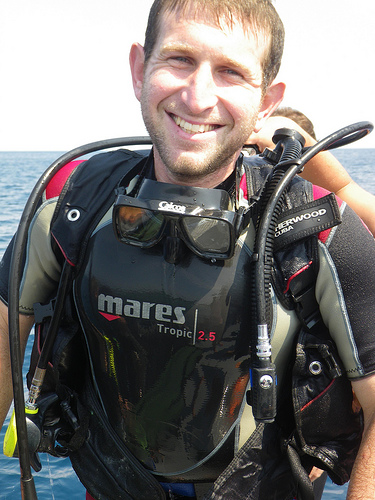 I feel like this photo should be on the cover of some magazine that’s distributed to cold, wintery cities  in December and January, just as those brutal winter winds arrive.

We spent a week training for our PADI Open Water Certificate on Utila, the smaller of the Bay Island in Honduras.  Some travelers we met there had planned to stay a week and ended up staying a month or even six months.  One British couple, who had planned to backpack all of Central America, ended up spending four months on Utila training for their Dive Master Certificate.  You see, Utila is a place that’s hard to walk away from.

Sure there are sand flies and all of the negatives that go along living on an island, but the positives, like the view, the soft ocean breeze, a hammock in the late afternoon, they go well beyond beating out the positives.

Is this paradise?  I’m not sure, but it’s likely pretty close.

IF YOU GO: The Bay Islands are known for diving and Whale Sharks.  We missed the Whale Sharks by just a few days, unfortunate timing on our part.  The sharks migrate up and down the gulf coast of Mexico and Central America, so check a calendar before you travel if snorkeling with them is a priority on your list.  The islands are heavily dived, so be extra cautious of your equipment and impact on the environment.  Locals rely mostly on tourism for income so be fair in your negotiations.  All of the dive shops on Utila will meet you at the ferry.  Take a look around and explore the various shops and classes.  Ask questions about safety—as fun as diving can be, it can also be dangerous.

Lake Malawi is known for its amazing fish population- several thousand types of cichlid and frankly there is no better way to see a lake than from the bottom.  So that’s how we found ourselves our first night in Nkata Bay- at the bottom of Lake Malawi- looking up at the full moon.

Night diving in Lake Malawi was an incredible experience, and for our first night dive it was the perfect place.  As the dive master said over and over again, there is nothing that can hurt you in the lake: no sharks, no rays, no crocodiles (at least not near Nkata Bay!).

As we flipped out of the boat and reassembled our dive group at the bottom I couldn’t help but think that night diving was a really bad idea.  We had done a dive that afternoon to see the lake in the day light and it was spectacular- tons of colorful fish and some beautiful rock formations, so I was expecting to see something familiar at night.  At night though, the Lake was actually rather scary.  It was exactly like the few minutes of footage from Lake Malawi on the documentary Planet Earth.  Dozens of dolphin fish, a little less than a meter in length swarmed our lights, using them to hunt for sleeping cichlids.  Although the dive master warned us that the dolphin fish would swarm our lights and possibly touch us, but not harm us, I was rather unprepared for the sensation of being surrounded by rather large hunting fish.  It was unnerving.

We had been warned to be prudent with our underwater lights, as shining them at a cichlid to get a better view was akin to playing G_d.  Danny, who tried to catch fish the entire time, of course tried to shine his light on some cichlid, but fortunately the ones he chose made it through the night.

Diving in Lake Malawi was unique and different.  Beside being our first dive in freshwater, the lake bottom is also an incredible landscape of enormous rock formations.  It felt like we were swimming along a rocky valley, which is actually exactly what we’re doing.  Lake Malawi is the southern end of the Great Rift Valley- which extends all the way north into the middle east, and one of the only places where the valley has filled with water.  Over time, the species caught in the lake have evolved into different sub-species, making the lake one of the best examples of Darwin’s evolutionary theory on the planet.  Besides being beautiful, we also saw cichlids that swim upside down, eating the algae off the underside of rocks.  It was a beautiful place, and certainly a nice place to dive or snorkel….just do it during the day.