You are here: Home / Archives for sports 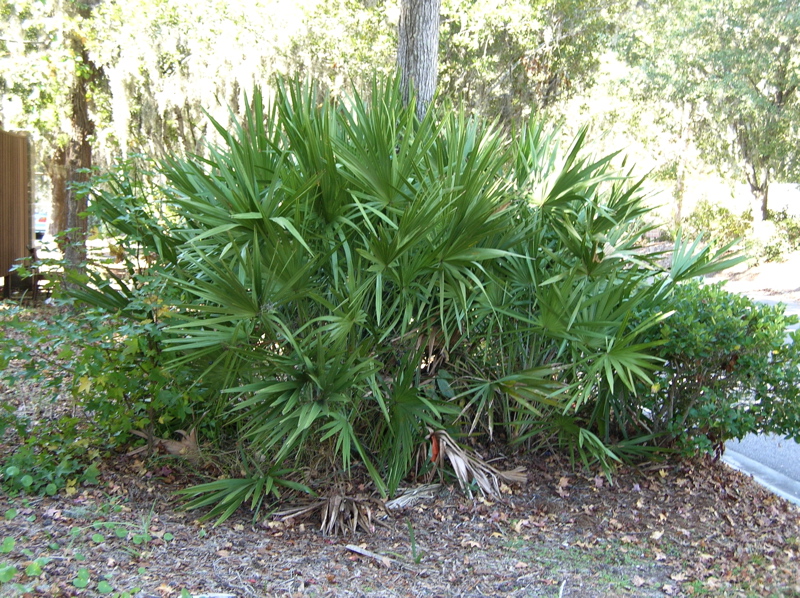 Imagine biking through the woods to find a checkpoint marked on your topographic map.  Your partner is using the compass to find West while you’re busy scouting the terrain for the creek marked on the map.  100 yards ahead you spot it, a small white and orange kite propped against a tree. Adventure racing can best be described as a competitive scavenger hunt for adults. Split into multiple disciplines, the race involves locating checkpoints marked out on the course.  You may be required to obtain some of the check points on bike, others on foot, still other by boat or better yet rappelling.  There may be certain challenges you have to complete along the way, possibly logic games, an obstacle course or even a rock wall or fireman’s carry.   Your equipment generally includes a compass, food and water.  Beyond that it’s your own wit and skill to guide you to the checkpoints.   And it’s fun.  Ridiculous, I haven’t had so much fun since I was 12 riding my bike to the lake fun. Adventure racing as a sport is growing at an incredible rate.  More cyclists, triathletes and runners enter the sport each year, looking for a new challenge. Adventure racing takes skill and endurance.  The short sprint distance races may range anywhere from 4-6 hours while longer races may last many days and cover expansive territory.  Adventure racing camps will teach you the basic skills if you’re looking to do a longer race, but for those of us who are more of the “weekend warrior” type, here’s what you need to know.  We’ll cover choosing gear in an upcoming post. Teams are usually 2-4 people depending on the company that is putting on the adventure race.  They’ll likely have several divisions, mens, coed and possibly womens.  Choose your partner(s) wisely, you’ll want people that not only have skills to supplement your weaknesses, but also people you can work with and trust.  Nothing takes the fun out of something faster than having the wrong teammates.

You can almost guarantee that every adventure race is going to at least have an orienteering and mountain bike component.  Orienteering is the on-foot section of the course (here’s where you get to run around the woods with a map and compass).  Generally you should be prepared to cross terrain without a path, with only your compass and topographic map to guide you.  The mountain bike section will likely be limited to trails, but we’ve been at some races where we’ve had to hike our bikes up and over the hill, so read your map carefully.  Frequently there is also a paddling section, usually canoeing or kayaking.  This section usually isn’t that technical, but it will save you a lot of aggravation on the water if you paddle a few times with your teammates before the actual event. We’ll get more into the endurance and gear aspects of Adventure Racing in the next few weeks. Check out the US Adventure Racing Association for more information on the sport and check out events in your area!

One of the things I miss most from our pre-trip life is that I used to play Ultimate Frisbee just about every day.

I was part of a group who met on the National Mall each day at lunch to play a quick game for an hour. No doubt thousands of tourists (and quite a few local journalists) took our picture (the game has continued for about 20 years) but it’s also a fun and fast paced game that kept us all extremely happy and fit at the same time. We played Ultimate a lot in our past life, in fact our USPS (ultimate society of professional slackers) team won the championship a few times. (Look closely, there are some other travel bloggers in that photo!)

Many people laugh and say “that’s not a real sport” (before returning to watch golf or NASCAR on the television) despite acknowledging the fact that this sport take just as much effort and energy as the more popular soccer or basketball. Today marks the first day of the Ultimate Frisbee Beach World Championships in Italy and although I highly doubt I’ll be able to catch any of that event, I do want to share this game with all of you. 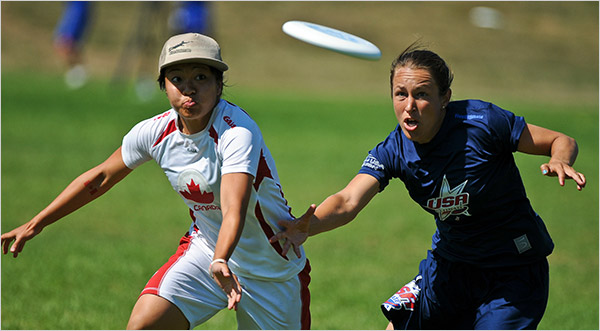 The most wonderful thing about this game is that it involves very little actual skill to get started. If you can dodge a… no wrong sport.

We carried a frisbee around the globe with us.  We were always ready for a game if and whenever we could find enough people (4 people to a team is a good minimum). As you progress and get better you’ll begin to pickup some of the finer parts of strategy and technique but for now we’ll just assume you can throw and catch a frisbee.

Pick a plot of land and mark it off as you would a football field or a rugby pitch. Once you have two teams each choose a side and ‘throw off’ just as you would kick off in either of those other sports. When a team has the disc/frisbee that team will attempt to throw it to eachother as they move down the field toward their goal. The one catch is that while holding the disk, you cannot run/walk…you must stay stationary with a pivot foot just like a basketball player who has stopped dribbling would do.

Now to make things a touch more complex…
When you have the disc and you want to throw it to your teammates it is up to the other team to stop you from doing so. If they interrupt your pass the disc is theirs and it’s time for them to try and score on you. When you’re defending you’ll need to not only cover the receivers but also cut off the throwing lanes.  Skilled players will begin to watch angles on the field and will demand that their teammates keep moving in order to keep the angles, and opportunities, changing. Then it comes time for different types of throws, most people know how to throw a frisbee but how many know how to throw it forehand or over the head? Throwing the disc different ways affects how it cuts through, its spin and ultimately its trajectory.  Basic physics here, but I think you’re getting a sense that it’s not just a game.

What I love most about this game is its utter simplicity. No pads or nets or hoops or uprights. The only game I know that is as simple to learn and play is soccer….and as any good soccer player will tell you, once you know the game it’s anything but simple. The same thing is true of Ultimate.

I do miss playing my daily game on the National Mall but I have luckily come across a new local game starting up not too far from our new home. I intend to make it just as often as I can….even if that means an extra 10 miles on my bicycle!

We were fortunate enough to catch the fifth day of a cricket match while in South Africa and even luckier to attend with the brother of our couchsurfing host.  He graciously answered all our questions about the sport, it’s rules and the players.  We stayed until the last wicket, much to his surprise.  During the afternoon tea break a grounds crew assembled on the field to touch up the lines and clear out the space.  Spectators were also allowed out on the field so we took the opportunity to get up and see what it was all about.  We captured this shot just as they were touching up the lines.

Check out more of our favorite photos on our travel photo page. Tell us your favorites and we’ll include them as Photos of the Day.